You are in: Homepage Legislation The new rules BS AU 145e

Your 60-second introduction to the new British Standard.

The British Standard on number plates is already tough. The new rules make it one of the strictest standards in Europe.

As a British Number Plate Manufacturers Association (BNMA) member, you can be assured that any number plates or equipment we supply will meet or exceed the new ‘e’ standard when it becomes effective.

ANPR cameras are driving the change because more than 1 million plates are estimated to be misread every single day*.

You must supply 145e plates from September but 145e compliant materials will start filtering through to you in during January to August 2021 so you’ll be compliant in plenty of time.

Extensive testing ensures Jepson & Co number plates and plate components are compliant, including the new highly specific and scientific tests on Abrasion and Near Infrared Contrast.

The key changes in numbers 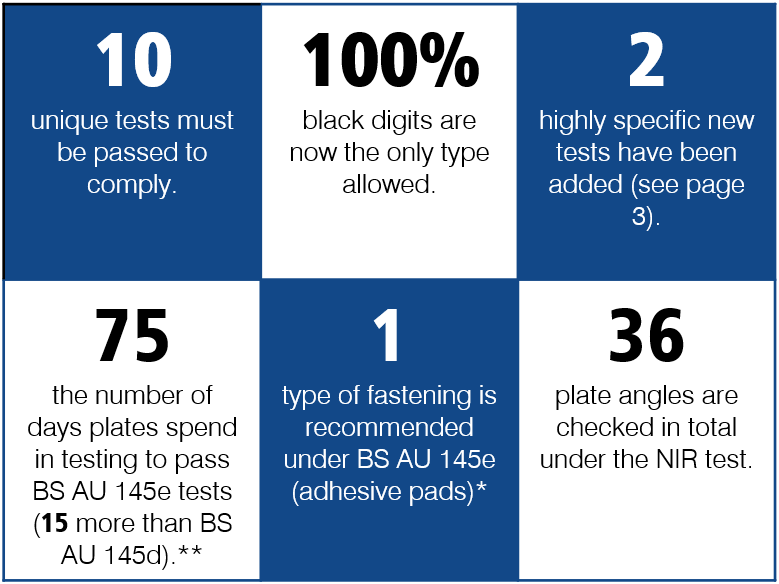 * Screws, nuts or bolts are still allowed under ‘e’, but they must not in any way interfere with the ‘readable area’, i.e. make plates harder to read by the human eye or cameras.

** Estimated number of days based on testing standards and submission of samples to an independent test house. 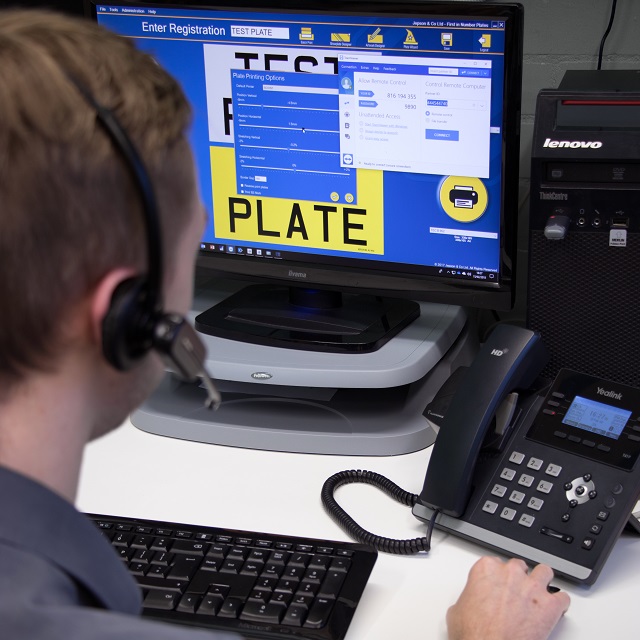