You are in: Homepage Blog Update on the New British Standard 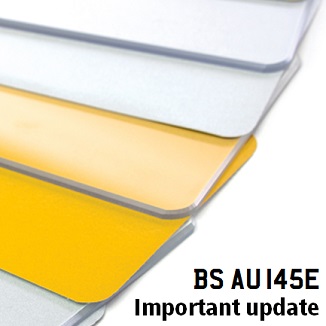 Update on the New British Standard

Following a recent update released by the British Number Plate Manufacturers Association (BNMA), it has been confirmed that the new British Standard, BS AU 145e, will not be effective from March 2019.

In the update, BNMA explain, "DVLA was not able to finalise the content of the Statutory Instrument (necessary to introduce BS AU 145e into legislation) in time to make use of the parliamentary slot originally designated for the Statutory Instrument this autumn. As a result BS AU 145e has no legal status and there is currently no change in existing regulations relating to number plate performance."

Our customers do not need to worry about the impact of the new standard as the implementation of BS AU 145e will now be postponed and reviewed at a later date.

It is our responsibility to ensure you're compliant by supplying you with quality, reliable number plate components, advanced number plate software and guidance when you need it. We promise to keep you informed and support you throughout any changes.